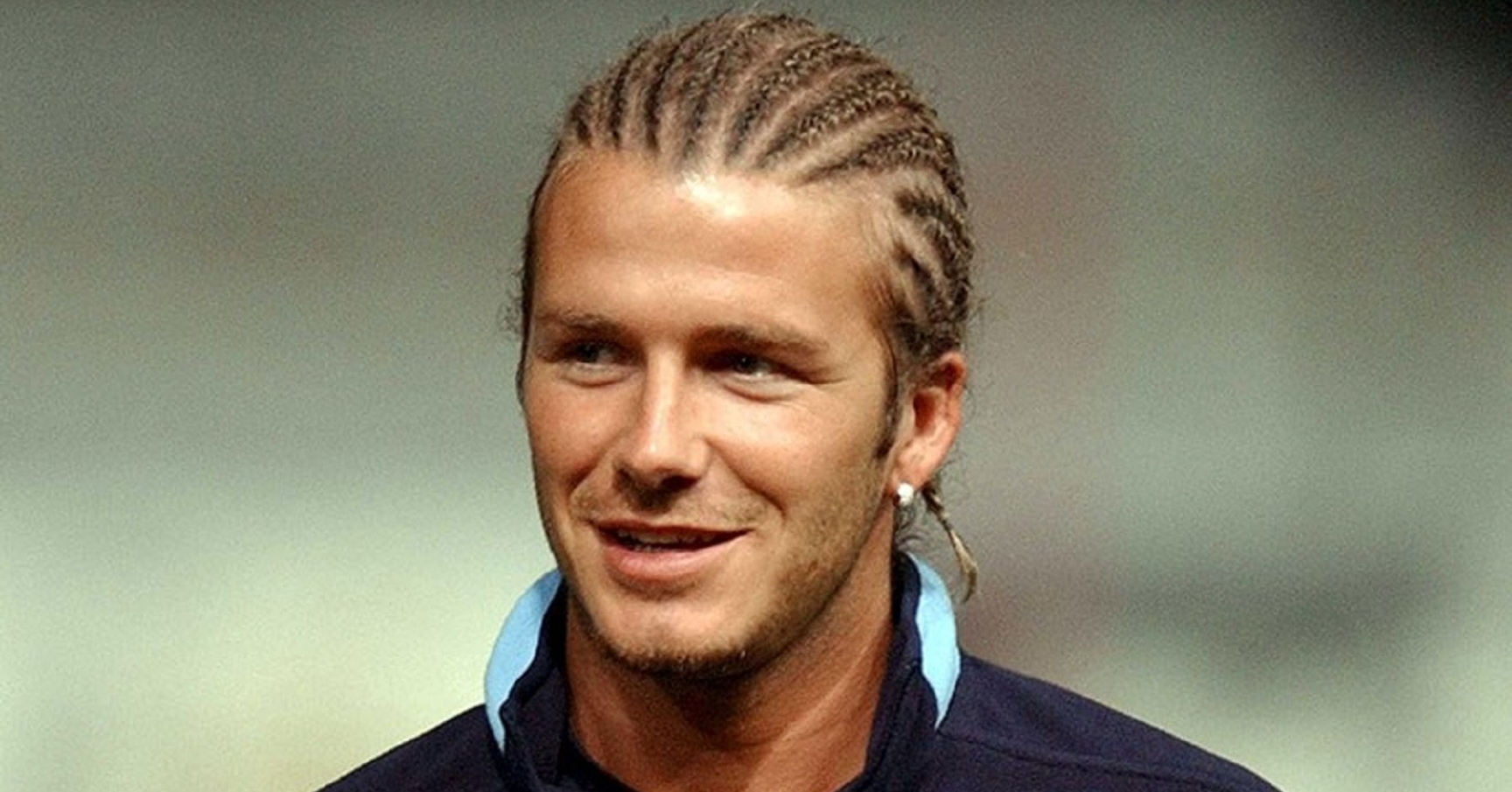 David Beckham Hairstyle: When you think to try for a new haircut, probably you will go through a list of hairstyles to know which would suit you the best. Out of hundreds and more of the hairstyles mostly people are worried about trying a new one just because they lack confidence whether the new hairstyles would suit their face or not.

But if there is one person who has tried all the hairstyles, is Mr. David Beckham. The man is equally famous for his talent in the game of football and his changing haircuts. The football hotshot from England has actually had experimented through each of the hair style that exist on this planet and he, some way or the other, figures out how to make all of them look inconceivably great.

Check out the 20 groundbreaking David Beckham hair styles that are the evidences that he is not afraid of trying things with his hair: 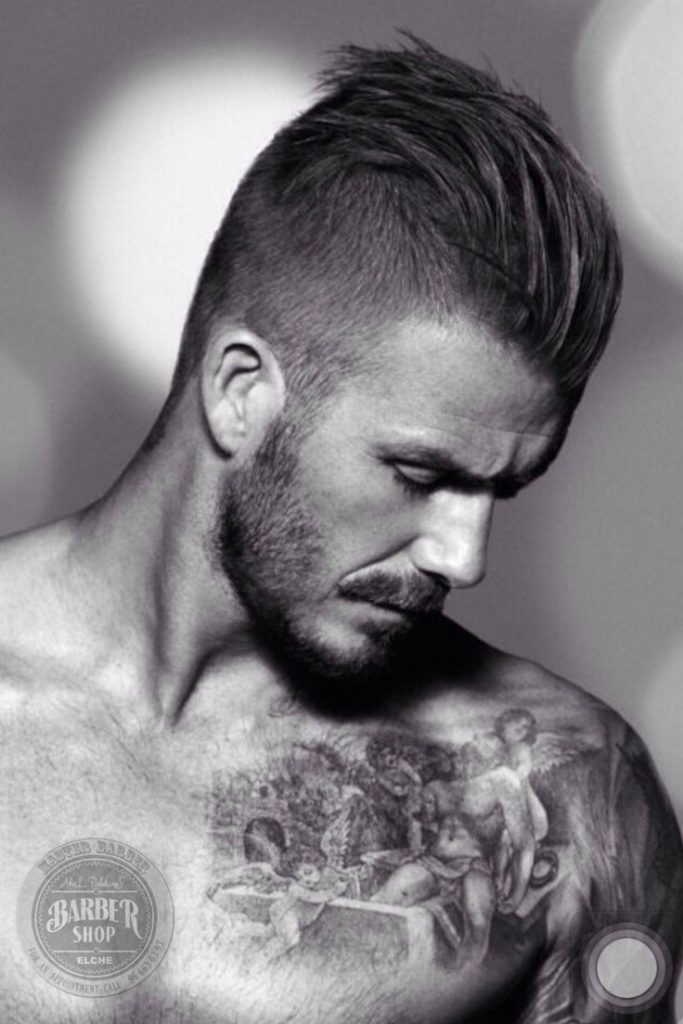 David carried a cool hair style with additional short sides and scruff, adjusted with extended hair on top. The trim is intended to wear back-cleared with a lift at the hair roots, as a kind of a pompadour hairdo. The hair swept back was cut to pointed ends. 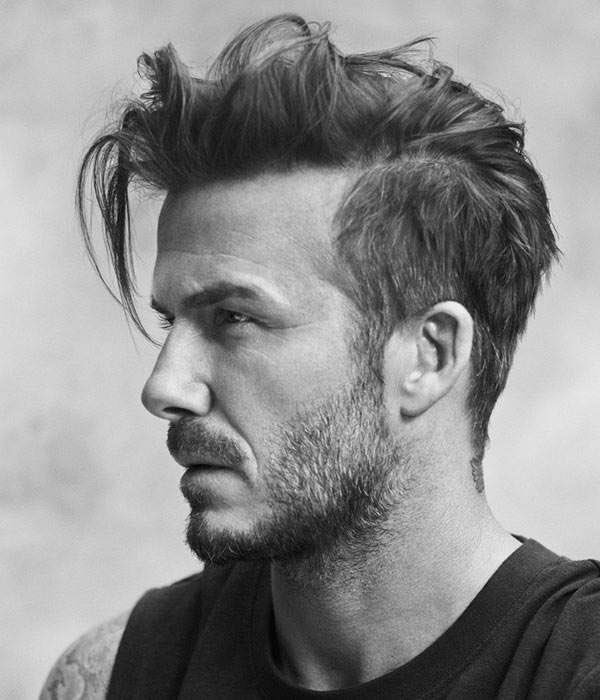 Scruffy hair is not always bad and especially if it is the beckham hairstyle then there is no way it can look untidy. Beckham totally rocked this hairstyle with his medium hair and shorter sides. 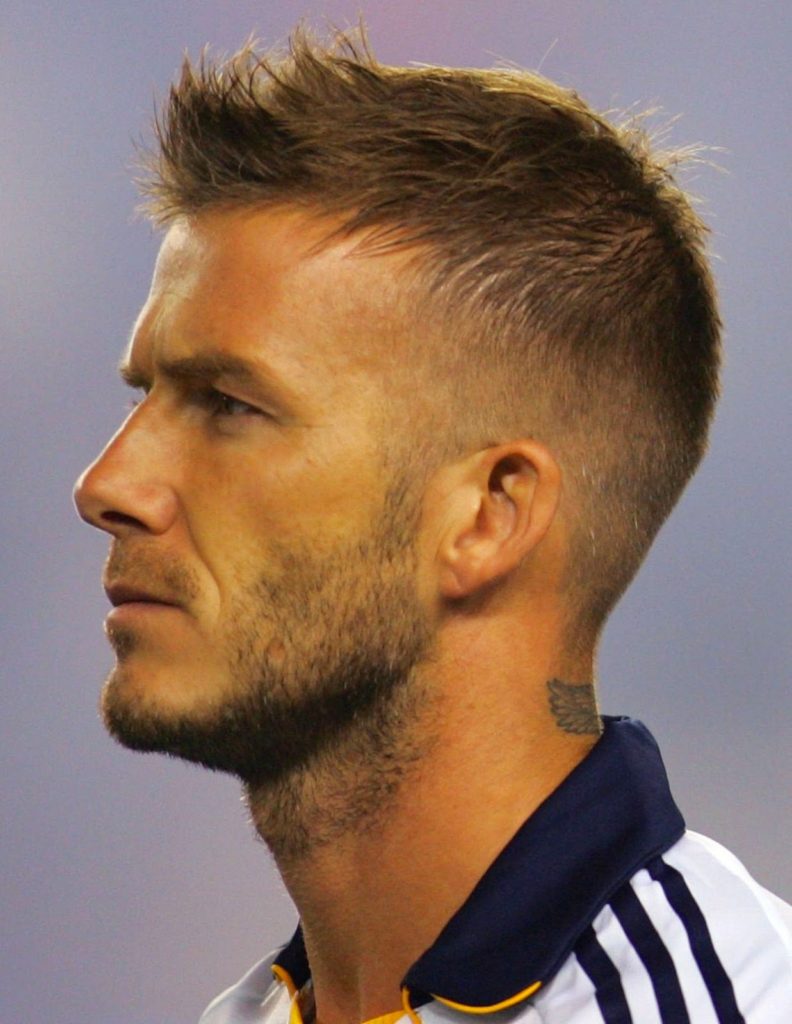 Spiky hairstyle looks great on every guy. But David thought to wear it differently; with taper and faded side the spikes in front just looked awesome. 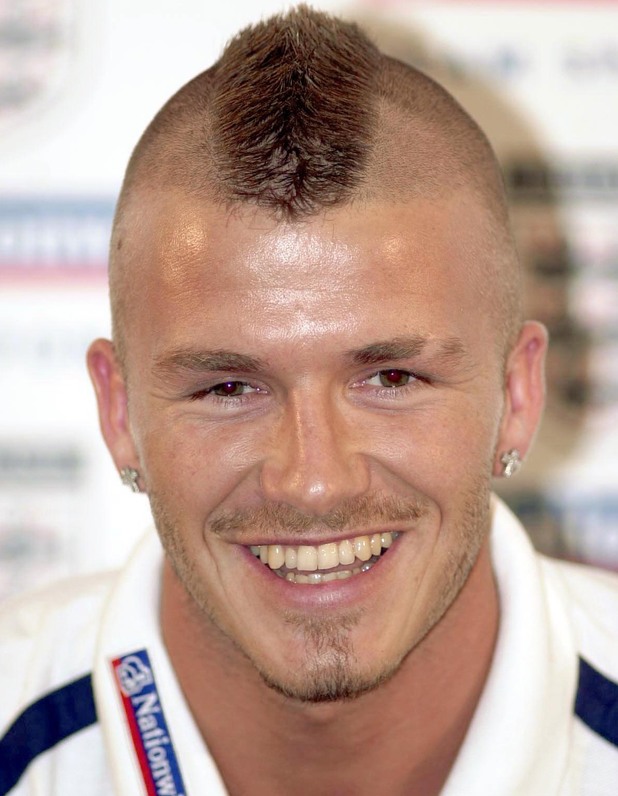 Mohawks are more common for black men, yet David Beckham gave a shot to this look also and managed to carry it quite well. This style is provocative and neat. It works well for David’s straight hair that is skillfully finished to look it rough and sharp. 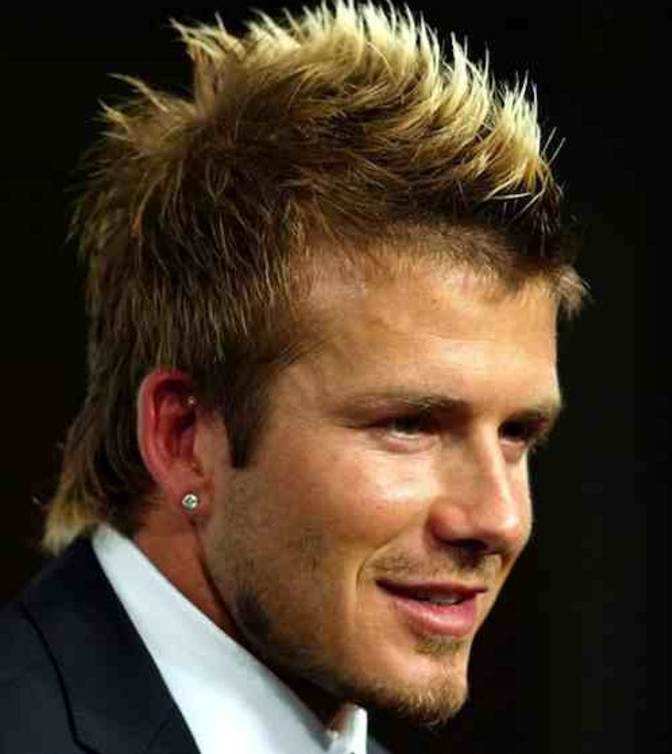 A blend of Mohawk and Faux style so let us call it a Fohawk! Off course this style is a bit formal than a Mohawk style as the sides remain untouched. So after Mr. Beckham have tried a Mohawk, it was sure that how can he leave to try this one? 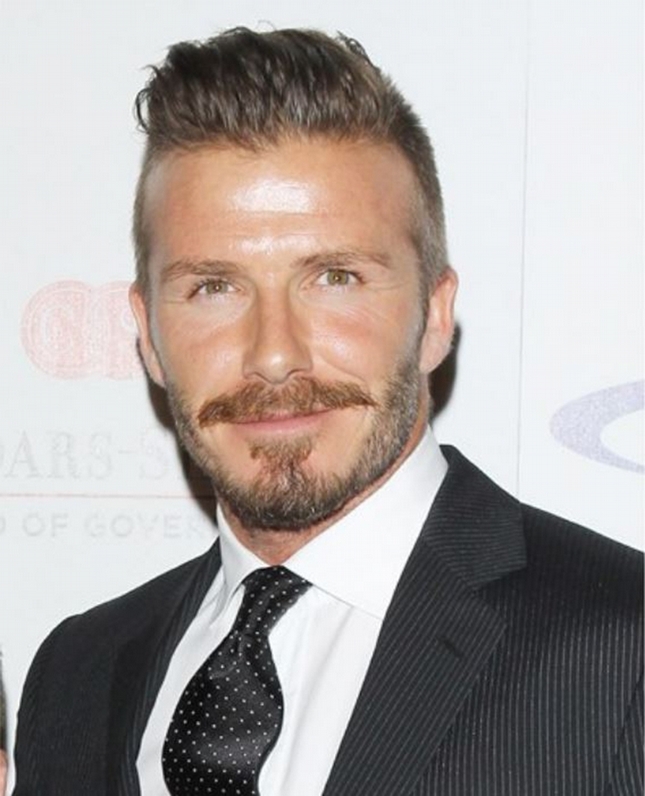 Yes, I agree that with the copilot look he appears older than his age but what it is worth – he looks super hot. The moustache and the chinstrap added magic to the look – one can call it a real manly hairstyle!

#7: Medium hair with side part: 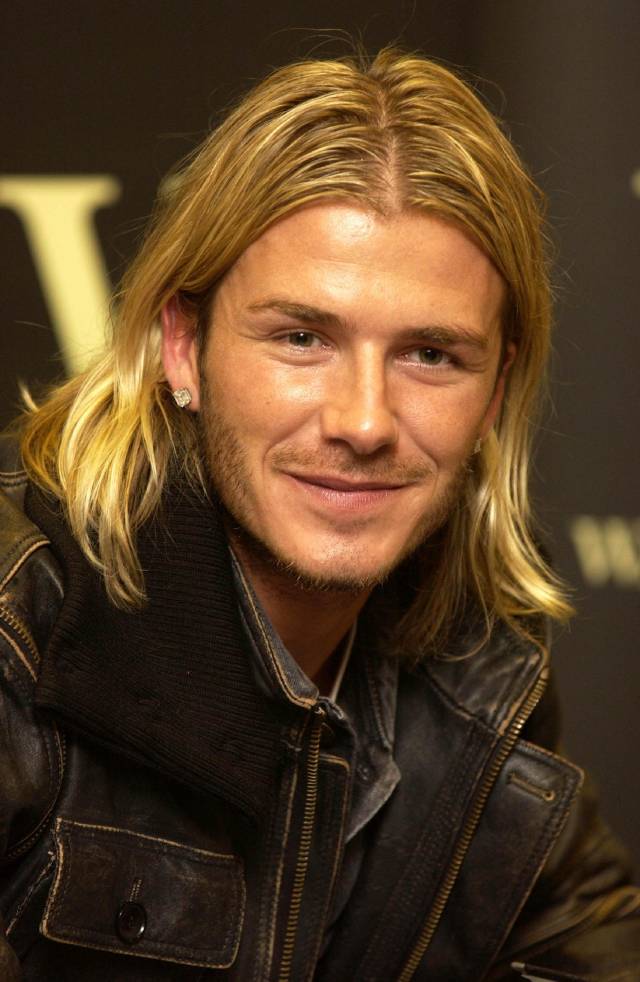 A very casual and easy to carry hairstyle in which he just grew his hair up to a length little above the shoulder length with side parting. Since this hairstyle did not take much of time to set, David could save more time on his game ;-)! 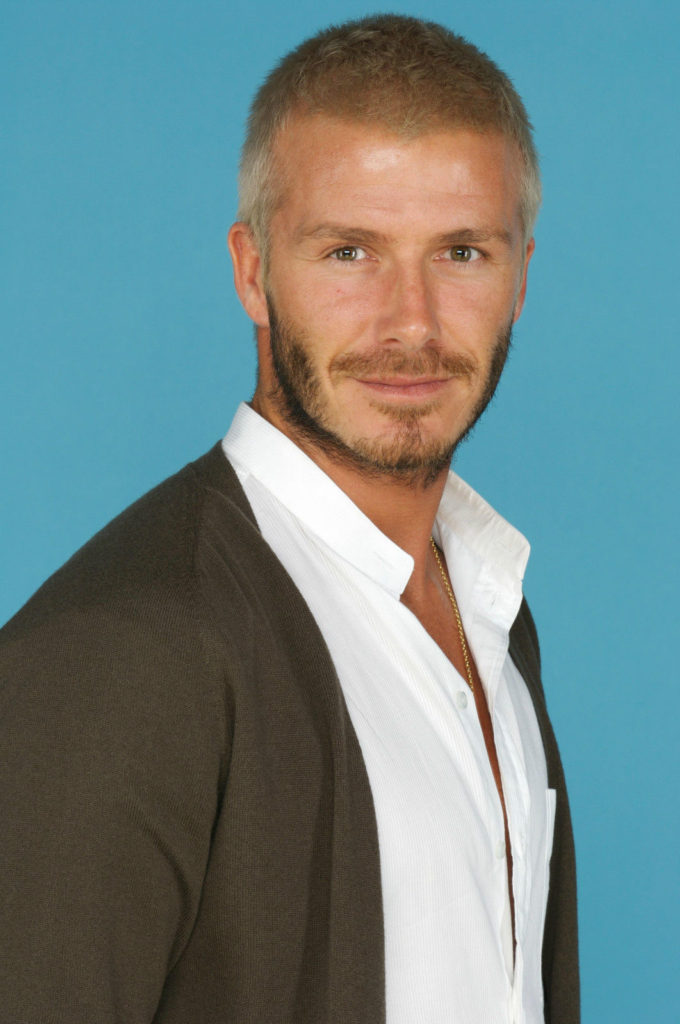 Though this style gives him a look like he has jumped ahead 10 years from now, but man! Not everyone looks hot with the growing age and this is an exemplary hairstyle to see the future face of Mr. Beckham. 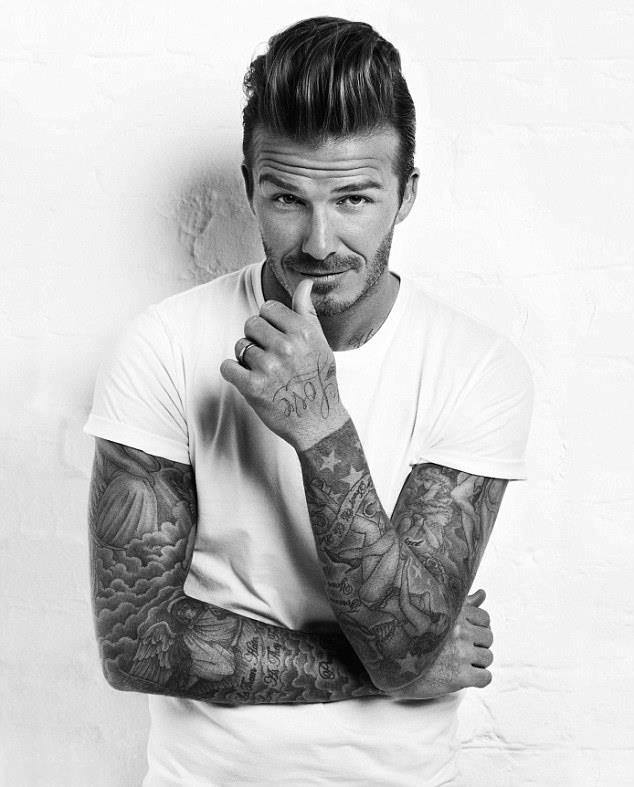 A few hair styles and haircuts we have seen here may appear somewhat unpredictable. This is one of them. You demonstrate the most astounding class in your style when you wear something which not only popular but truly gets to be you. David pulls of another cool hairdo with long quiffs that really look cool on him. 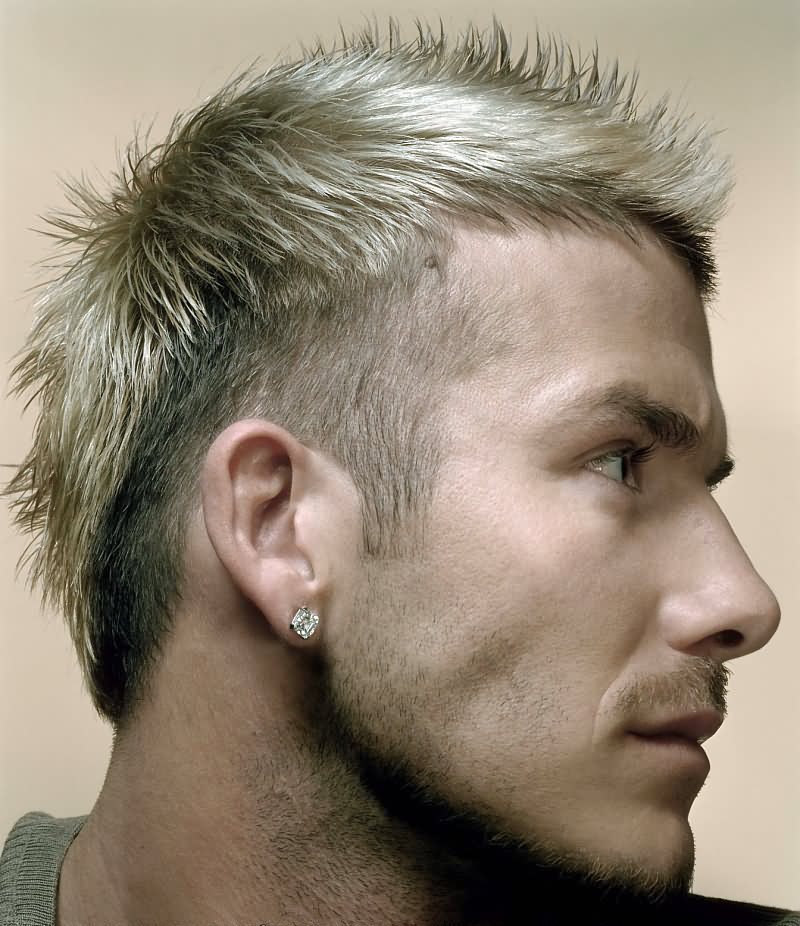 This Beckham haircut was a variation of his Mohawk spiky style for which David dyed his hair to blonde contrast the spikes with darker undercuts. 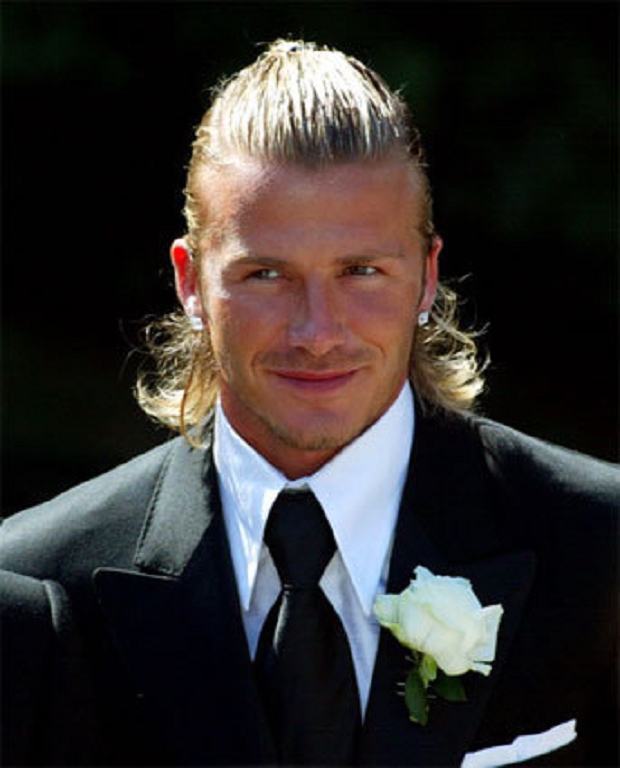 A time when pony tails for men were quite popular, David tried a hand on his long here with a partial pony tail at the back. Can’t call it as one of the best, but it did look good.

#12: Short edgy with under shaves: 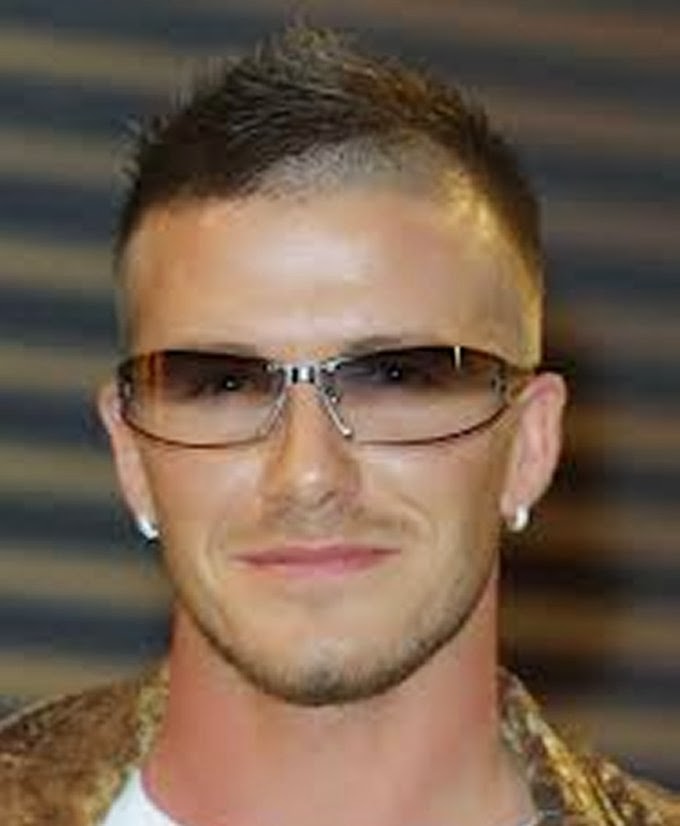 Short edgy hair have always drawn attention but since it is David Beckham, we should expect something unique in any regular hairstyle. Continuing with trials on his hair, he wore it with the partial shave at the front and under shaved sides and back. 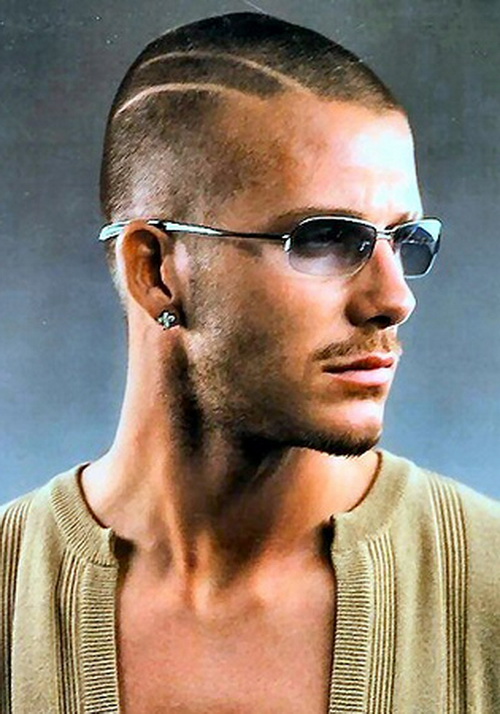 #14: Buzzed sides and spike in front: 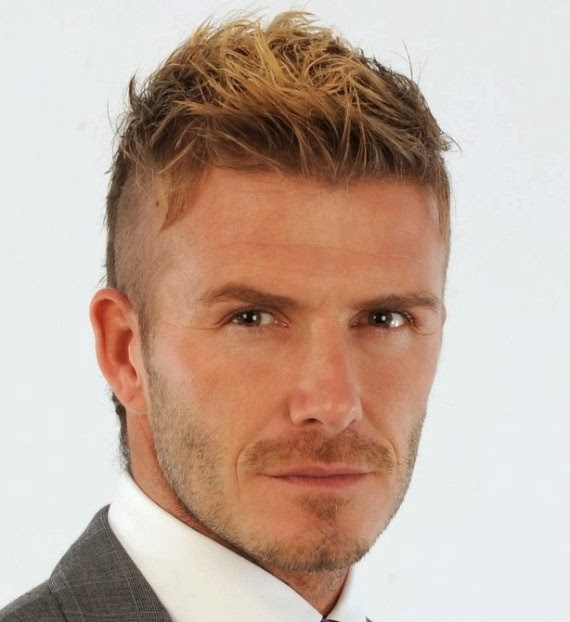 Another great David Beckham hair style for which he has been adored is the classy buzzed sides and medium disheveled spikes in front with a contrasting golden-brown hair color. The hair at the back was left trimmed and he pulled of the hairstyle very well for which his fans have adored him greatly.

#15: Military crew cut with shaved sides and back: 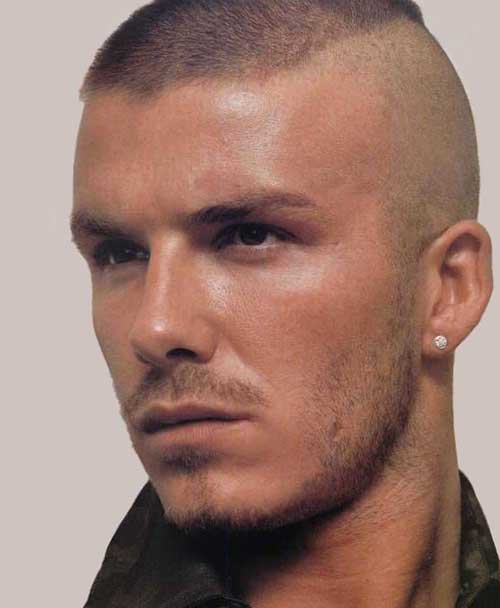 The footballer had so much to do every time with his hair and so he gave a shot to military crew cut also. Military crew cut was accompanied by shaved sides and back. Believe me, fans went crazy after him with his new look. 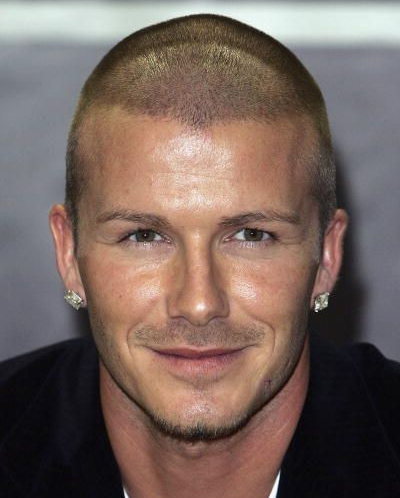 This time rather than blending one or more styles, he chose to dye his hair in silver-blonde color for his buzz cut. He looks completely changed by just changing his hair color and he, inarguably, looks cool with the new hair color.

#17: Retro hairstyle with trimmed back: 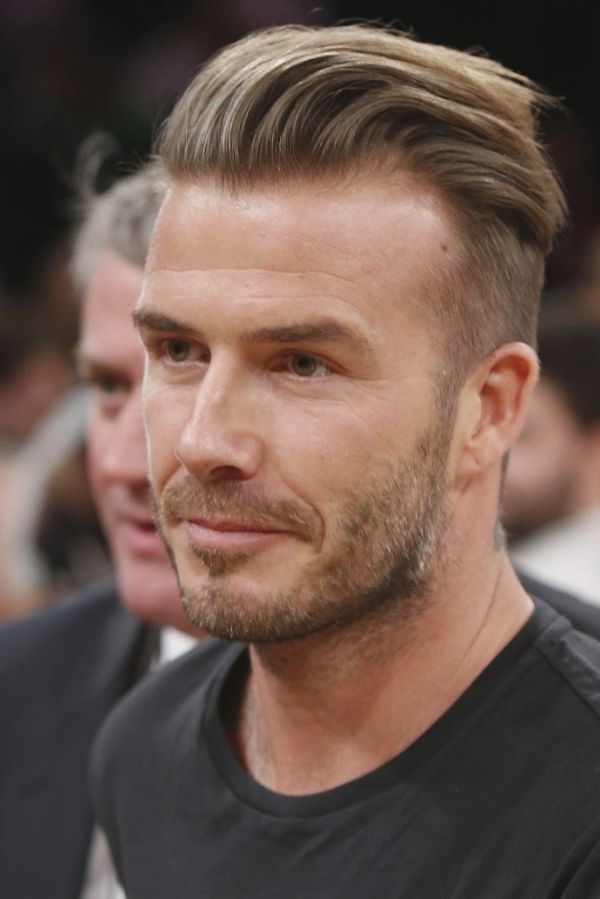 Good thing about David is that he is able to carry the retro style just like the contemporary style. Like in this, he chose to pull his hair all in the back just like the one from older times while kept his back hair trimmed. A masterpiece style from the modern and retro blend! 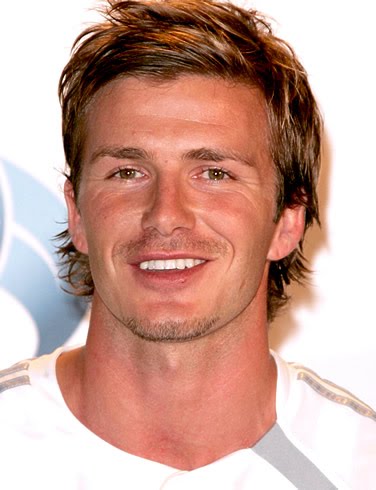 Another extraordinary answer for marginally more hair styles is the extended scruff area. At the point when your hair style is refined with a razor, it gives the right edge that is welcome in tousled looks. A simple shaggy medium layered cut made him look so cute. 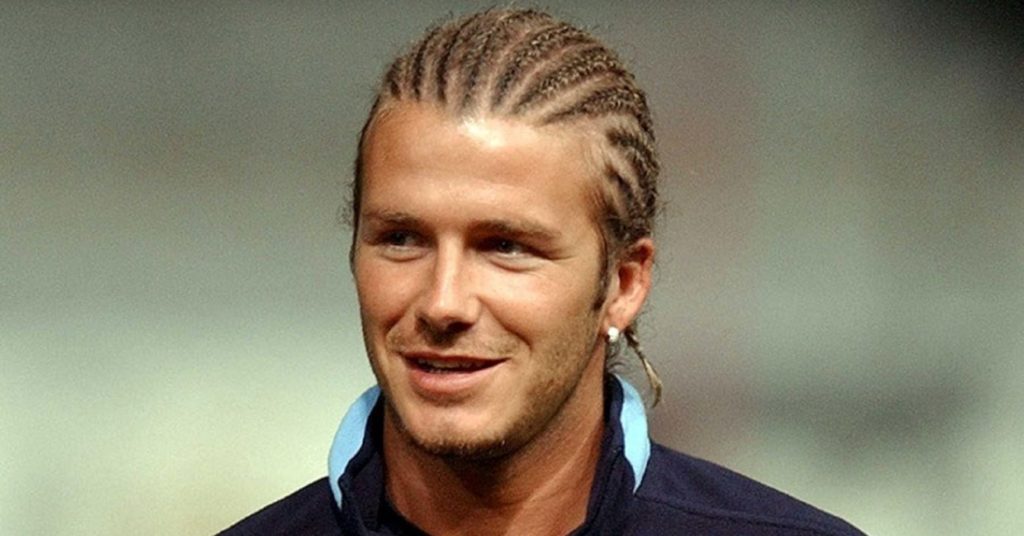 Yes, Yes…he himself accepted that cornrows were a bad decision but look at the guts of the man – he at least had the courage to try a bad look too and what is worth young guys stormed in the salons to get the same style – but they also looked ridiculous. Blame cornrows not David! 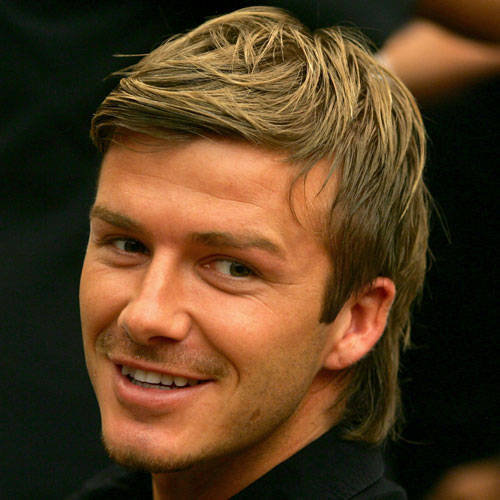 I think this mullet was the only david beckham haircut in which he did not do much experiment with, unlike the others, as he only kept a short-to-medium mullet with tousled hair at the front.

The idea behind presenting these 20 Beckham hairstyles was to encourage you to experiment with your hair as changing looks is not just meant for women or celebrities like David Beckham, even a normal guy can try new hairdo regularly. Men too have every right to appear cool and flaunt their fabulous look; only you need to step out of your typed hairstyle!