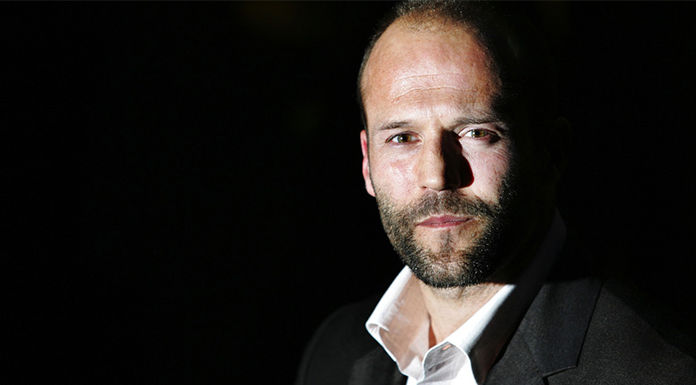 Hair plays a crucial role in upping your confidence and thinning hair is just a no-go. Receding hairline happens for several reasons. It might be the age, or maybe you are just born that way. No matter what, that isn’t something you prefer.

Men deal with retreating hairlines in many ways. While some shave it completely off and be done with it, others employ subtle ways to shift the focus away from their hairline.

However, if you ask us, choosing to forego the remaining locks or patch them up to conceal the spots has gone the way of the dinosaur in the past decade. Instead, the modern men have opted to base their look on the shortcomings to turn it into their most notable asset.

We have here some of the coolest hairstyles that can instantly fix your bad hairline.

What causes a receding hairline?

There isn’t exactly one reason to point at in this case. Retreating of the hairline can be caused by something as simple as age or hereditary factors. Poor hygiene or constant exposure to unfavourable conditions of pollution may also lead to thinning of the hair.

What is a widow’s peak?

The V-shaped arrangement of the hairline on the sides or sides is commonly known as the widow’s peak. While some take this as a sign of the hairline receding, it is nothing controversial. With few fixtures uppers, you could turn this jagged line into something of a fashion.

Whether you sport long tresses or short locks, maintaining the remaining hair can play to your strengths. In fact, it could be the stepping stone for your confidence and your fashion as well. From mohawk to taper fade and long pompadour to shaggy cut, we have here a long list of versatile hair-dos to help you deal with the receding line gracefully.

The controversial combover hairstyle is clean and simple. It amply hides your thinning parts and shifts the focus away from them.

The classic comb over involves a hard side part with the receding hairline on the lower edge. You can taper the hair to the sides or even combine this trendy cut with a high fade to give weight to the look.

2. The Classic Short Sides and Back French Crop Hairstyle

A regular french cut creates a slight contrast between the hair on top and the rest. Hair is clipped at the back and sides leaving bulk on top that is styled short. This solid cut offers an illusion of volume in the middle successfully shrouding the sparse hairline.

3. The Clean Shave for Receding Hairline

A clean shave offers respite from the struggle of grooming an already hopeless hairline. While it is not a look for everyone, a clean shave can perfectly complement the features of the right face. Besides being low maintenance, this style can be worn with any beard.

4. The Popular and Attractive Buzz Cut

Buzzcut operates in the grey space between a complete shave and a head full of hair. It is neither here nor there giving it a favourable advantage over both. Unlike a clean shave, buzz cut leaves behind at least half an inch of hair all over. It works with receding hairlines by making them look fuller and more defined.

5. The Short and Spiky Hairstyle for Receding Hairline

While spiky hair has turned trendy again among the GenZ, it has for long been used by men to conceal their thinning hair.

Spiky hairstyles cover a range of cuts. However, every single variation features short hair on the sides and slightly lengthier hair on the top that varies according to the preference. The longer hair in the middle can be styled to appear like spikes to remove focus from the “barely there” hair on the scalp.

The traditional faux hawk is right up there with the buzz cut and complete shave.

This barbershop favourite can alter the whole facade by an edge to your hair. Keep the strands upright from the crown to the tip of the neck to achieve this style. Maintain the sides clean so it gives an illusion of more hair in the middle.

7. The Undercut for Receding Hairline

Less hair on the sides automatically leads to believing denser hair on the top. This is why combining an undercut with short middle hair is advisable. The contrast of hair all over makes it appear thick and healthy.

8. The Cool and Smart Crew Cut

If you are sceptical about the buzz cut showing too much of your scalp, then you might wanna take a look at the crew cut.

Although a variation of the buzz cut, the crew is on the heavier side as it leaves more hair on the head than the former. Besides being easier to style, the cut requires very little effort for maintenance. It makes the balding scalp less noticeable, all while keeping the look professional.

The high fade on the sides combined with the grouped locks on top perfectly camouflages your ascending hairline. While the close-cut can vary in length, the closely packed hair on top gives an impression of volume on the crown.

10. The Slicked Back Short Hairstyle

In this, the hair on top is greased back with gel to achieve the ‘Slicked Back’. Distribute the product evenly to fix in shape. With the slick back, you have the freedom to either shave the sides of your head or maintain them longer. Once the hair is set, don’t ruin it by touching it.

It doesn’t matter where your hairline starts, this pop-out style can definitely bring out a whole new side to you.

The mohawk is just a thin strip of hair running in the middle of your scalp, from the tip of your crown to the base of your neck. Whether you want more volume on top or not is up to you. However, shave the rest off, so the focus is on the style rather than your balding head.

12. The Longer Haircuts for a change

With long hair, there is so much styling to do. You could wear it however you choose. Instead of pulling it back or parting it side, leave the longer hair free to cover up the balding patches.

This is one of the longer army haircuts that men with receding hairline have taken a liking to.

Trim your top-down and shorten the hair on the sides before tapering it. Regulation style comes with its perks. It is low maintenance, very practical and operates well in formal as well as informal environments. Also, you get to decide how much skin you wanna show with this do.

14. The Mop Hairstyle is a Camouflage Haircut

In order to achieve the mop, keep the hair length to at least 3-5 inches. The benefit of mop hair is, it can form a canopy over your head to completely obscure your hairline from the world’s view. Leave a few bangs upfront, so as to give a stylish twist to the camouflage.

Messy is the new sexy.

This style has made a huge impact on fashion. The hair is cut short all over and then styled to appear dishevelled. Whether you are heading out with friends or having a casual dinner, this is the perfect option to keep things relaxed and charming.

16. The Classic Pompadour for Your Widows Peak

A widow’s peak isn’t something to be ashamed of. While it is different from conventional hairlines, it’s nothing bad.

Should you choose to add a nuance to it, we recommend the pompadour.  Whether you go for a shorter or the longer version, the pompadour is the best way to rock it. The classic pompadour highlights the widow peak rather than hiding it. It works around the peak curves by opting for a close cut on the sides. Although this calls for some high maintenance, the style itself is nothing short of classy.

17. The Messy and Shaggy Hairstyle for Elders

Shaggy is nothing but thick, unkempt hair styled to look cool. It also masks the hairline well. Men with medium length wavy or curly hair can easily set the look since the movement of the tresses is already there. The style is rather flexible, while also being one of the simplest hairstyles to pull off.

This is another one of those hairstyles that worked around the widow’s peak instead of over it. The hair on the sides is clipped close to the scalp with high fade.

Fades, whether high or low, suit every face cut. You simply can’t go wrong with them. The short kept hair on top combined with the top fade embraces the jagged hairline to add more angularity.

19. The Messy Comb Over to Make You look the Best

Comb over has evolved to suit the likes of every modern man. It can be worn professional and with a slight mix, the comb-over can even be your go-to ‘casual dinner’ style.

To begin with, keep the sides clipped and the side parting deep. Comb the top of your hair into place and taper it down for the final cut.

20. The Taper Fade for All Occasions

The taper fade or generally called ‘The Taper’ encompasses a range of hairstyles that cater to the needs of white-collared businessmen and your next-door rockstar alike.

It involves cutting the hair on the sides and back short while keeping the portion on top longer. If your hairline is receding into your scalp, this can make it more manageable, without giving away the bald spots. Another thing with the taper is, it gradually fades into the skin at any point.

Now that you’ve come to the end, waste no time in styling yourself with these striking styles. Also, let us know the one that caught your eye!