What is a Walrus Moustache?

These whiskers are characterized by being thick and bushy. They are droopy and drop over the mouth. They resemble the whiskers of a real walrus and hence the name.

The walrus moustache is like a beard for your upper lip. If you are fond of having a moustache that is predominantly thick this is the style for you. If you like to grow a lot of hair for your moustache you are best suited for this style of moustache. It allows you to grow a whole lot of moustache.

The whiskers of a walrus are bushy and they droop over their mouth, same is the case with a walrus style moustache on a man, it is supposed to droop over the mouth and cover it. It is sometimes easy to get confused between a walrus moustache and a Chevron moustache, but the thing to remember here is that the walrus moustache is different since it’s a little more overgrown and more rounded than the Chevron.

How to Grow a Walrus Moustache? 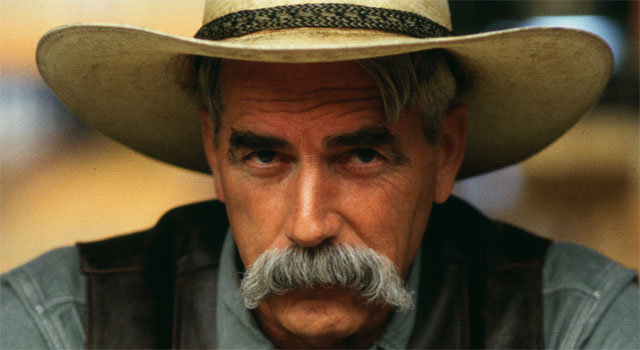 2. When your upper-lip is completely covered with hair and you have avoided trimming it all throughout its growing phase you will have the perfect walrus moustache.

3. Once your moustache has reached its full potential, that is it is the right volume and length, you will have to brush it regularly. Some say that combing the hair in a downward direction will help attain the effect faster.

4. The most important thing to remember in case you plan to grow a walrus beard is that it should be trimmed as sparingly as possible.

5. It would not be too far-fetched to think of a walrus moustache as a beard for your upper lip. Since it basically covers the entire mouth area and the area around it completely.

How to trim a Walrus Moustache?

2. Instead, if you are able to put off trimming for a few more days an alternative could be to apply moustache wax.

3. Moustache wax helps you keep your moustache in shape and hence if the length has become too much then the wax can help you shape it in a way it doesn’t bother you.

4. Now, if there is a dire need to trim your moustache, all you need to do is trim along the length of the moustache. Using a comb, straighten the moustache out and cut off the ends by an inch or half an inch, depending on the rate of growth of your facial hair.

5. Remember if you need to grow your walrus moustache to its utmost potential do not trim it often. Once a month is more than enough. Only take about an inch off your moustache each time you trim it and you will have the perfect walrus moustache.

6. If you are comfortable with the length of your moustache but need a respite from it sometimes, moustache wax is a great substitute to keep the length in check. Since by using wax you will be able to shape and style your moustache the way you desire to.

Civilization has a profound role to play in the effects it has had on the walrus moustache.

The John Lennon style of moustache is the least scary and the most civilised. His moustache was nothing but a small bush of hair localised to the area above the lips and about an inch and a half longer than the lip line. This style is hip and looks great on men with square-shaped faces.

#2: The John Lennon style with a beard:

This moustache style is known to be a little rugged and messy. When the walrus moustache is coupled with a beard, it gives the ultimate messy and rugged look, which makes you look wise and mature. This is a cool rendition of the same old walrus moustache.

as the name suggests this moustache literally has a twist in the end of the moustache. A normal moustache is first grown which is broader in width than a regular moustache. Now it is grown a lot longer than the length of the lip line and then twisted in the end. This creates the walrus with a twist perfectly.

#5: The long walrus moustache with a beard:

this moustache is a walrus moustache coupled with a beard that connects the moustache to it. After this it runs all the way to the sideburns. This look is neat and makes you look smart and mature. This look suits best on men with long and oval face type.

#6: The walrus moustache and the walrus beard:

the walrus moustache is droopy, shaggy and long, when this is coupled with a long droopy and shaggy beard this style is achieved. In this there is a walrus moustache which is accompanied by a beard which is long and straight. The beard and the moustache both grow in the same direction that is predominantly downward. Also the beard remains constant all throughout the face.

#7: The walrus moustache with a short beard:

in this style the walrus moustache is accompanied by a beard which is localised to the chin and the region around it. This beard is basically an overgrown goatee. This style looks best on men with round faces.

#8: Walrus moustache with a half has grown a beard:

#9: The indie walrus moustache with a beard:

in this the walrus moustache is longer on the ends than a regular walrus moustache. It is as long as the lengths of that till the lower lip. Now there is also a beard which is long and is indie, since it is localised till the lower part of the face, the hair on the upper part are clean shaven and this beard requires regular trimming and grooming.

this moustache is slick and pointy. It is long and looks great on men with an oval face shape. In this the moustache is long at the ends, it is grown for at least 5 to 6 inches. Then the ends, with help of strong hold gel or hair glue are twisted in the upward direction.

Roosevelt’s considerable moustache sat on the upper lip as Roosevelt himself sat in the seat. Teddy’s stache led him to triumph amid the War and stayed with him amid his gainful administration.

Nietzsche lived with the moustache the vast majority of his grown-up life, and it spoke to for him the military life. He served quickly in the military and constantly held a certain reverence for military order. Aside from this, Nietzsche made reference to that the moustache was a sort of a veil.

Alongside his walrus-style moustache and profound voice, are consistent subjects for jokes by co-have Adam Savage and other colleagues. Hyneman’s aura on MythBusters is quiet, coherent and straightforward, as a distinct difference to Savage’s more vivified, incautious and lively persona.

Sam Elliott on Plays the Cowboy’ in ‘The Big Lebowski,’ with His Legendary Mustache. his kickass moustache has stayed unfaltering all through.